Improve Your Odds In Life By 90%: Eliminate These 7 Things

Life is uncertain. However, a disciplined man or woman will take steps to do what is in their power to reduce that uncertainty. Simply put, a wise person will make deliberate life choices that will stack the odds of avoiding trouble and complications in his favor.

With the 7 simple choices below you can reduce your chances of having avoidable complications in your life by a significant percentage.

To be sure, doing several of them will set you apart from the crowd. But that’s what it takes to be a winner, and a wise person won’t allow themselves to be bothered by what other people think.

Here are the 7 Things to Eliminate:

For a wise, disciplined man, this is a no-brainer. Not only does smoking destroy your health, but in today’s culture, nothing screams “low class” like smoking. Want to avoid a passel of trouble in this life? Don’t smoke. If you smoke, stop. Now.

Studies regularly rank alcohol as the most addictive and destructive drug in human history.

So, if you want to avoid a passel of trouble in this life be super careful about your alcohol consumption and that of others around you. Blame it on a health kick. Remember, many, many people don’t drink at all, and their lives are great.

Remember, illegal drugs are not illegal just because some fuddy-duddy decided to keep you from your fun. Illegal drugs are illegal because they are super, super dangerous and bad for you. No person who wants to be wise or self-disciplined indulges in such stupidity or hangs around other people who do (See #7 below).

Beside, illegal drugs are illegal. Drug convictions look bad on a resume and prison tattoos will probably clash with your Armani.

Gambling is the sport of fools. It is one of the stupidest things men do. It’s not macho, its just plain dumb. When you go to Las Vegas and see all those amazing buildings and resorts, what do you think built all that? Stupid people handing over their money in exchange for flashing lights, bells and whistles.

Gambling can also quickly become a life-consuming addiction. Will you be one? How can you be sure you won’t? Nobody starts gambling saying that they intend to be an addict.

Hollywood portrays casinos as the location of the “beautiful people,” handsome, attractive, young and “cool.” The reality is far different. On a recent trip to Las Vegas, I had to walk through a casino in order to get to a destination. I took note of the people there. They were all old, slovenly, and poorly dressed — the opposite of “cool.” Many of them were using walkers or wheelchairs. Even though it was a beautiful day outside, with lots of sunshine and moderate temperatures, they were inside staring with vacant eyes at flashing lights while they gave their money away, hoping against terrible odds for a small payout. How sad.

People say, “I gamble for entertainment.” Really? That is your level of entertainment? Just throw in a little cock fight at 1:23am and you’ve got yourself quite a little life going there, fella! Lift your sights higher, my friend.

Don’t gamble. Not a nickel, not a single lottery ticket. Put it out of your mind. Just don’t.

Statistics show that nearly 70% of Americans are overweight or obese (defined as having a BMI higher than 30).

Flying and going to the movies can be uncomfortable, or even embarrassing. Your clothes don’t ever seem to fit.

When people are overweight, they are physically uncomfortable much of the time. They often feel bad about themselves psychologically. These things affect their moods and emotions. They affect their patience and outlook on life. All of these things have a significant affect on personality.

Ask someone who was once overweight if losing weight changed their personality. Most of the time, I think you will find the answer is “Yes.”

6. Don’t Have Sex Outside Of Marriage

Of all of the choices on this list, this will likely be the most controversial in today’s sexually “liberated” culture, but it is also the one that will enable you to avoid so many relationship problems in your life. The negative consequences of having sex outside of marriage are numerous: sexually transmitted diseases, many of which have no cure, unplanned pregnancies, abortions, emotional devastation, family destruction, financial hardship, and often, financial ruin.

Life boils down to relationships. At the end of your life, when you are lying in that hospice bed, you want to be surrounded by a loving family. The best way to guarantee this is to find a permanent partner, commit yourself to them in marriage, and stay sexually faithful to them in marriage. That’s it. There is nothing else which will grow your character and bring satisfaction and fulfillment like a lifetime marriage commitment. Can you do it? Well, that depends on you, doesn’t it?

Maybe you’ve already had a failed marriage, or more than one. Maybe you have had a string of serial serious relationships, but haven’t been married. You can’t change the past, but you can start where you are now, and make a renewed commitment to a marriage vow.

It is probably THE most important step you can take to eliminate a whole potential area of serious trouble in your life and can be the most rewarding step you ever take in life.

7. Eliminate negative, dishonest, and foolish people from your life.

St. Paul said, “Do not be deceived: “Bad company corrupts good morals.” The deception comes in because we think we can hang around losers and people who are negative, gossips, fools, manipulators, and think that we won’t be affected.

Jim Rohn famously said that people are pretty much the average of the 5 people they spend the most time with. Who are you spending time with?

If you are spending time with people who are doing any of the other 6 things that are on this list, you are hanging around losers who will affect you. A wise person hangs around wise people. A foolish person allows themselves to hang around with fools — and the “fool” will rub off on you. Don’t hang with an easy crowd. Hang with a crowd that challenges you, that gives you a standard to live up to.

Make a conscious effort to eliminate negative, dishonest, and just plain foolish people from your life. You don’t have to be rude about it, but you do need to make a deliberate choice to stop hanging with negative people and start hanging around the kind of people that you aspire to be like or become.

If you want to reduce your chances of avoidable trouble in life, start eliminating these 7 things right now:

If you want some help making these changes, Disciplined Life Coaching is here to help you. 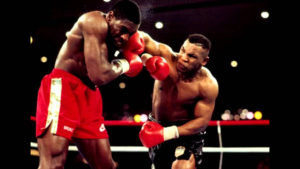 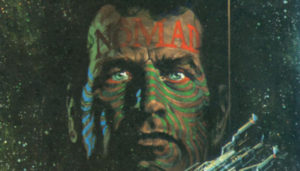 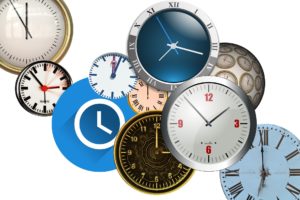